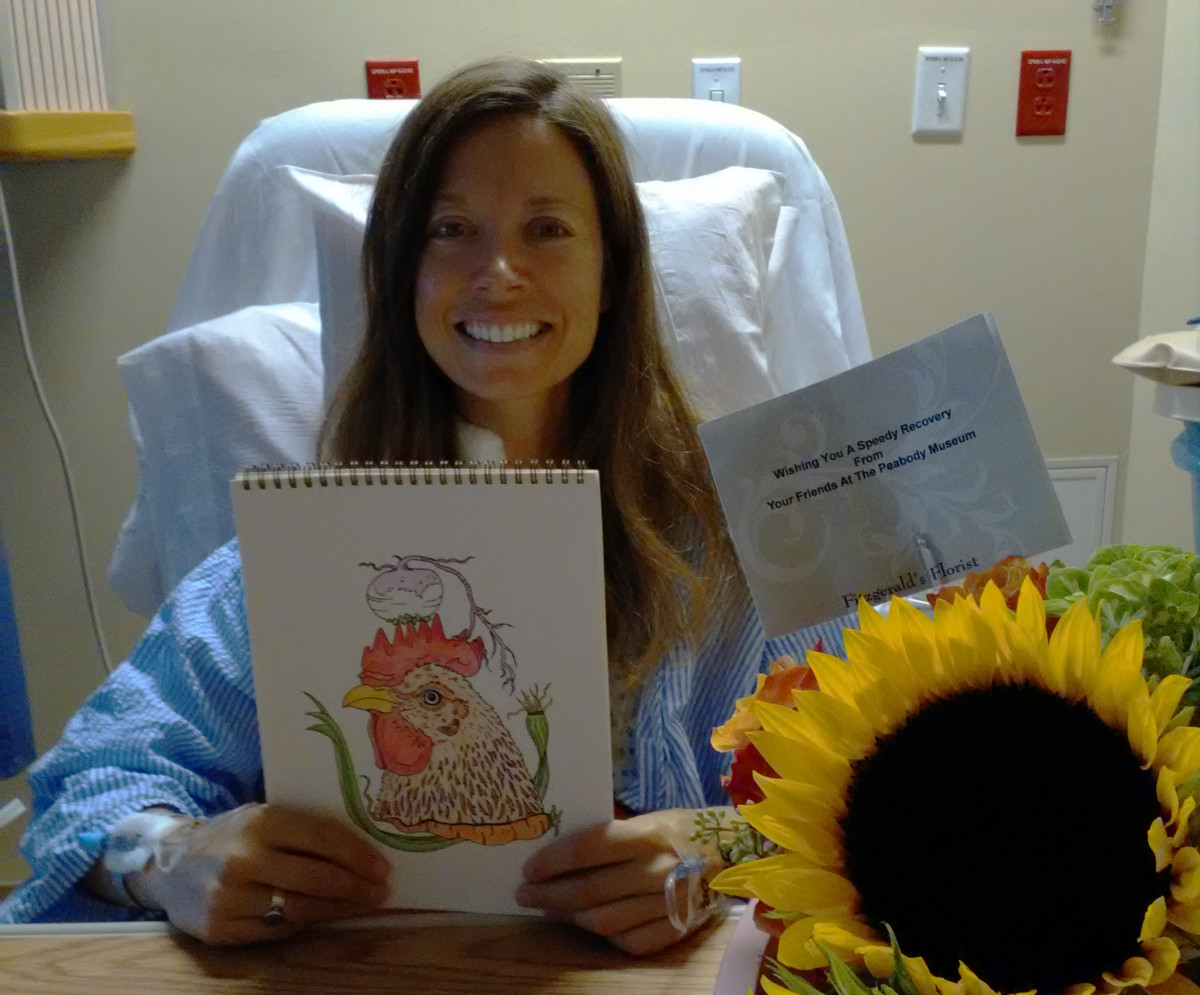 I first heard about living liver donation on a radio program when I was living in State College, PA in 2010. I was very curious about it and contacted a local hospital for more information, yet did not take any real steps to start the process until January 2017. It was at a particularly difficult point in my life that the idea of liver donation finally felt like something I needed to pursue. I did not have a recipient in mind. Much like blood donation, I simply wanted my liver (if I was able to donate) to be given to someone in need. This is what is referred to as a non-directed, or altruistic, donation.

I contacted the Yale New Haven Hospital Transplant Center, answered a few questions by phone, completed a questionnaire by email, and was scheduled for my first set of appointments as part of the evaluation process. It was much more intense than I expected. I think they collected over 20 vials of blood, different sizes with colored caps. I had x-rays, an MRI, CT scan, and ultrasound. All in one day. The second visit I met with so many members of the transplant team and other hospital staff I couldn’t keep their names straight. They all asked me the same questions over and over and I started thinking maybe it wasn’t a great idea after all. It was an emotionally exhausting experience, but I understand why they have to conduct such a thorough evaluation. Everything they do is in the best interest of the potential donor.

The transplant team meets once a month to discuss all of the cases and I remember waiting anxiously to find out the decision regarding my status. When I received the news that I had been approved as a donor I started tearing up and then immediately called my mom. I was so excited to know that I might have a chance to help someone in this remarkable way. Because of the reduced risk during surgery and easier recovery, among other reasons, I was hoping to donate to a pediatric recipient.

The next phase of my journey took several months with some hiccups along the way, but on July 11th I got a call from the hospital social worker. He told me they had found a pediatric recipient match for my liver. Surgery was scheduled for August 23rd. I contacted my department chair and union representative to make sure I would be able to miss work for the estimated 8-12 week recovery period. About to begin my third year of teaching, I was extremely fortunate to have enough accrued sick time and very understanding administrators at my school.

After fitting in a few last-minute summer vacation adventures, I went to the hospital one last time a few days before surgery for more blood tests and a tour of the OR waiting room, surgical ICU, and transplant recovery wing where I would be staying. This was incredibly helpful in preparing me, mentally, for the adventure ahead. Liver donation is a major surgery, and I did not make this decision lightly. I was well-informed of the (many) risks, but had unwavering confidence in my amazing surgeon, Dr. Emre, and the support of every other member of the transplant team. 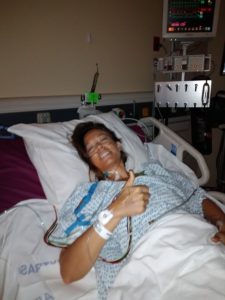 On August 23rd they removed my left lateral lobe, about 25% of my total liver volume, walked it a few steps into the next room, and transplanted it into a three-year old girl, who was at that point unknown to me. On my end, the surgery and recovery went as best as could have been hoped for. I had zero complications, aside from nausea a few days post-op, and a slightly longer-than-hoped-for stretch of time without a bowel movement. The first week was pretty uncomfortable, but I spent most of it sleeping. Walking was tough initially, but the more I moved, the easier it got. I took many walks to the hospital’s beautiful healing garden, and even practiced a little gentle yoga. After waiting four hours for an iron infusion to slowly drip its way into my bloodstream, I was discharged on August 28th. With my mom, sister, and niece accompanying me, I walked about two blocks to the Suites at Yale New Haven to continue my recovery close to the hospital.

I was really tired and slow and couldn’t believe how hard it was to stand up straight. But with the support of my mom (without whom this would not have been possible), I got a little stronger every day. By Friday I felt well enough to walk over two miles to get pizza on Wooster Street. I mean, we were in New Haven, after all. We couldn’t leave without eating pizza. I even made us stop for ice cream on the walk back to the Suites. I spent another week or so recovering at my mom’s house and then returned home. She and I were both ready for that. I was lucky to have a number of friends come visit me during this time. I still couldn’t drive so I did a lot more walking. 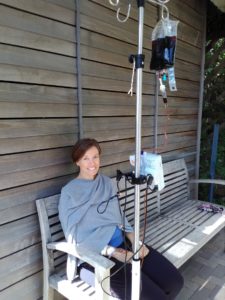 About five weeks after surgery I jogged two miles and it felt fantastic. What felt even better was meeting my recipient and her parents a couple days later. They had celebrated her fourth birthday since receiving a piece of my liver and she showed me pictures of her party, complete with Moana cake, on her mom’s phone. She baked me cookies and painted me a picture. It’s hanging in my kitchen. She asked me my favorite color (green) and if I had any pets (tarantula). She is absolutely adorable. She is also so unbelievably strong and brave. I can’t imagine what her parents must have gone through, having a child who has been sick since she was born. I feel blessed beyond words to have been able to help this wonderful family. 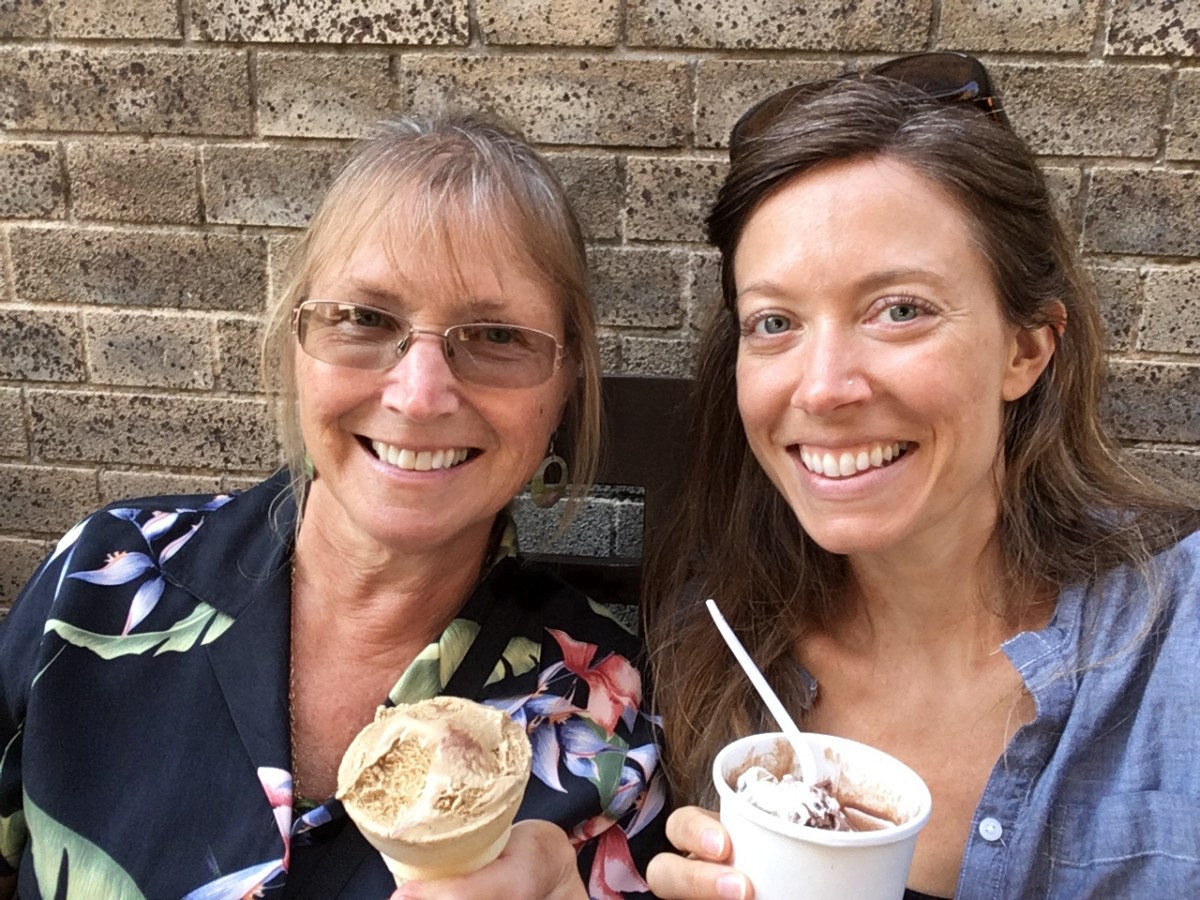 I went back to work exactly six weeks after surgery. It has now been over three months and it blows my mind how quickly everything returned to “normal.” I think a lot of it had to do with how physically and emotionally prepared I was going into the surgery. I know it may seem crazy to give part of an organ to a complete stranger, but as best as I can explain it, it just felt like the right thing to do. Part of my motivation behind this decision is very personal – I lost my father to liver failure several years ago. Being a living liver donor has been, by far, the most meaningful experience of my life, and seeing the beautiful scar of my incision every day keeps the memory of him that much closer to me.